Our epic series completes it's first part of the adventure fighting art.

Our Heroes have found the Princess and like all great heroes, they are trying to get her back home.

WARNING: Trigger warning at the end.

#drevrpg #d20 #apocalypse #youtube
Posted by drevrpg@gmail.com at 8:41 AM No comments:

This was done by my cowriter for the twitch game and believe it would be selfish to not show the world. :D 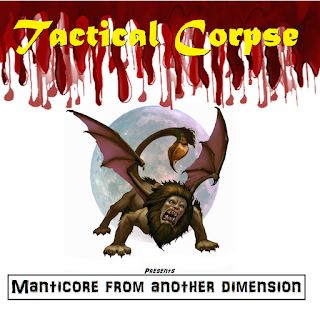 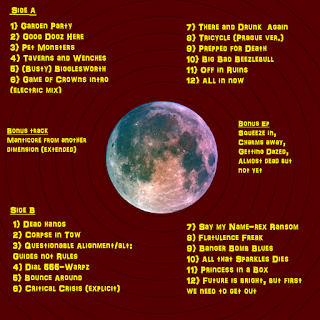 Posted by drevrpg@gmail.com at 4:48 AM No comments:


Our Stalwart Adventurers find the Princess and learn about being politically correct. :D

#drevrpg #d20 #apocalypse #youtube
Posted by drevrpg@gmail.com at 6:03 AM No comments:

Machines played a part long before and after the Times of Revelations.

and much, much more.

An excerpt from the book:

Background
If there is one creature that has been humanity’s best ally since their pre-history, it is the humble canine.  They are known for their tracking ability, their loyalty and as humans see it, unconditional love.  By the time the late 21st century rolled around, canines were one of the first non-human creatures to be successfully converted to cyborgs.  Acting as support units for police or military, it opened a whole new world of potential for the ever present canine units in these organizations.  Even in the home, cybernetics became a way to save a loved pet from disease, injury, and ultimately death.  However, this cyberdization began to spiral out of control, and these creatures turned into more machine than canine.  They become the first truly artificial robotic species in human history; utterly different from their original form.

It is debated if it occurred in the early years of the Democratic Peoples of the Potomac (DPP) or at some point prior to the Time of Revelations, but these bio-cybernetic creatures were gifted with artificial intelligence that is of near human levels.  In their resident home of the DPP, the intelligence of F1d0s have sparked a genuine concern with a small, but rising liberal class of citizens.  Are F1d0s enhanced pets or a slave race?  Do F1d0s afford the same rights as any other citizen?  And if so, what about other non-human races?

Society
The DPP has been using F1d0s since its inception in the classic roles of tracking, border enforcement, and light police or military work.  F1d0s are one the earliest examples of the DPP’s ability to find, utilize and reproduce pre-Revelations technologies.  F1d0s are also one of the first examples of what in the DPP has become an ongoing political theme.  The biggest secrets are the hardest to keep.  In the early days, F1d0s where not really kept secret, they could found with virtually every border patrol and citizen authentication unit.  But the public only knew F1d0s as hardware, just cybernetic tools in the service of the state that just happened to look like dogs.  But about a decade ago, long rumors that something was different about the trusted F1d0s where finally confirmed when the PPUFF (Petite Pachyderm United Friendly Freaks, see DRev Monster Manual-Petite Pachyderms) revealed the truth.  F1d0s could be as human in nature as any citizen.  Since then F1d0s have been one of the touch points of a miniature revolution about non-human and even spell caster rights within the traditionally conservative DPP.
Social limbo in the DPP has forced many F1d0s out into the wide world, well beyond the reach of their former masters.  Their intelligence, combined with their natural pack-like instincts that still resides deep within their core AI.  This has given them the ability to not just survive, but thrive.  They form very canine like packs, led by strong alpha members, and may even takeover normal canine packs they come across.  They are nomadic and cover huge areas in their wanderings.

Relations
F1d0s still seek human companionship, since this still part of their core programming and instinct.  This has led them to join small caravans and mercenary groups all across North America.  They will keep company with any well organized group with strong leadership; though they prefer to join groups of no more than dozen members.  Besides humans, F1d0s are most often drawn to Half-Orc clans and tribes.

A few F1d0s have found themselves as far west as the Fiend Marches.  While a much tougher place to survive as a free creature than the DPP, they have managed to skirt becoming outright commodities for the major demonic families by finding their own niches as contractors.

Cats and F1d0s living together?  Yes, this does occur.  In these cases a single Cat and F1d0 may join the same group, and grudgingly become partners and fast friends after surviving numerous encounters together.  Strong third party leadership also often helps to bring them together.  Adding a Dragon to the mix may make for a wonderful comedy routine or extremely scary trio.  (See DRev Book of Arrogance for Cats and Dragons).

By far their strangest encounters are with the Cybercult.  The cultists consider F1d0s the avatars of perfection and go out of their way to adopt as many as they can into their fold.  While some F1d0s join willingly, most are “liberated” against their will by the overzealous cult.  There are tall tales among F1d0 packs that the Cybercult takes captured members to places called pounds.  There the cult either a) keeps F1d0s as honored guests and treats them as gods, or b) pulls F1d0s apart piece by piece to create new ones in a horrible breeding program.  Of course both are just tales, though some tales do have a fraction of truth to them.

Adventuring
F1d0s like to be part of a team, part of a pack.  While they are far smarter than an average canine, old habits die hard and quite often they take the role of trackers or guards.  However, they do so of their own free will, and many F1d0s have become quite stubborn in taking orders from those they do not considered “alphas”.

Recommended Class/Path
They become Adventurer/Scouts or Prowlers for tracking or sneaking abilities the most often.   Soldiers focusing on aiding allies are also a common role for F1d0s.

Personality
Layering a human-like ability to process and assess the world around them on top of canine instinct has made F1d0s a strange creature.  They act like dogs about 80% of the time, with a smattering of human insights occupying the rest of their disposition.  Since they are independent creatures, animal training has no effect on them, so don’t expect them to roll over, play dead or heel on command…unless the F1d0 really likes you, or is mocking you.  Some scholars have likened their personality to an anthropomorphized dog that may have been found in a pre-Revelations cartoon or comic strip.

Most F1d0s have an instinct to be in a pack, a tightly organized group led by a strong leader, the alpha.  A F1d0 may or may not desire to become alpha, but they will follow the current alpha’s command.  The key is that the alpha must not only be strong and firm, but be aware of the packs needs and desires.  Otherwise someone else in the pact may challenge their position.  Because of this most F1d0s are lawful in some way, at least when it comes to pack politics and loyalty to allies.

Description
Proof that the uncanny valley can occur for any cybernetic or robotic organism, the first time a human sees a F1d0 can be a bit unsettling.  While they have the vague shape of a bull dog, Doberman, Shepard, or even wolf-like, they are clearly not an organic being.  Their bodies are nearly completely mechanical, with only a smattering of organic parts.  While they stand on four legs like a dog, they do have small prehensile retractable robotic arms that they can use for item manipulation and weapons.

F1d0s are not bred, they are designed from scratch.  It’s not so much that a dog is be made in to a cybernetic being, but that organic canine structures are being placed on to a fully realized cybernetic frame.  For the DDP this is done with parts of canine companions that are already near death, lending to further controversy if this process is any different than the Fallen Lords bringing the dead back to life as Corpsemen.
In the wild F1d0 packs may either decide to build or replace a new member with whatever scraps they can find, with the alpha contributing parts of their data banks to awaken the new creature.  In this regard they may seek out organic canines to aid in the gathering of parts for the final processing.  The Cybercult has kept whatever freaky methods for creating their own versions of F1d0s steeped in mysterious dark ceremonies.

F1d0 Features
·         Template:  You have the equivalent of the Bio-Borg template. You also do not take a frame; you use the features here instead.  You may not take any other templates.
·         Creature Type:  You are considered a Construct/Animal for the purposes of targeting.
·         Talent Tree Access:  Cyborg, Power Supply, Quad-Legs, Savage*, Sensors and Structural Design.
·         Size:  Medium
·         Ability Bonus: +1 to Strength, Dexterity and Wisdom scores.
·         Hardness: You start with a hardness of 3 (includes size modifier).  If one of Strength, Dexterity or Wisdom score is 18 or higher, you gain an additional +1 hardness.  This is not cumulative for multiple ability scores of 18+.
·         Locomotion:  You start with Quad Legs as your primary means of locomotion.  This grants you a base ground speed of 40 feet. Quad-Legs provides you with a +2 bonus to your CMD against Bullrush/Overrun attempt, but a -2 penalty to any escape artist (Acrobatics) checks.  See locomotion section for other details.
·         Natural Bite Attack:  You gain a natural melee bite attack that does 1d6 slashing damage (20/x2).
·         Trip Up:  Whenever you make a successful bite attack, you may attempt a trip maneuver.  This will not provoke attacks of opportunity but otherwise follows all other trip rules.
·         Pack Tactics:  As long as you are adjacent to the same enemy as an ally, you and that ally gain flanking bonuses against that enemy.  (Normally flanking is only provided if you are on the opposing side of an enemy with an ally on the other opposing side. Flanking provides a +2 attack bonus).
·         Senses:  You start with low light vision like all mechanical life forms (see scent).
·         Scent:  You start with the Scent* racial talent for free.   Scent grants you:
·         Skills: You may use the Perception and Survival skills untrained without penalty.  If you place at least one skill point into the skill, it is always considered to be a class skill for you.
·         Language:  L33T Speak
·         Limits: You must wear non-humanoid armor.  You may still only benefit from one pair of boot slot items.
·         Mechanical Life Form:  You gain all mechanical life form features and limits as a player character, but will act like a Bio-Borg template for all associated benefits and limits not covered in the features above.
·         This includes: you have a +2 to save against mind influencing effects, +2 to save against poison affects but take normal poison damage from them.  You may be affected by diseases that target normal creatures or constructs.  You may feed off exotic foods to recharge your power and to be ‘fed”.   You heal naturally (1 hit point/level) after going into power down/sleep cycle.  Treat Injury may work on you but at +5 DC. 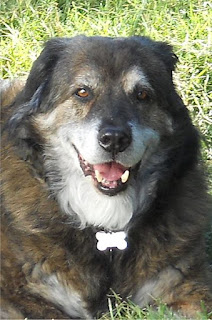 Posted by drevrpg@gmail.com at 1:59 PM No comments:


Our heroes find out the horrors of flatulence as they transverse the ruins of Philadelphia.

Posted by drevrpg@gmail.com at 4:49 AM No comments:


What happens when a Minotaur Faustian Mechanic, A Feylin Magister, a Verkhail Brute and a Dwavern Troubleshooter go on a quest to rescue "Princess?"  The answer is hilarity. :D

#drevrpg #d20 #apocalypse #youtube
Posted by drevrpg@gmail.com at 9:13 AM No comments: