https://www.twitch.tv/videos/637770506
We begin our adventures in dealing with a set of marauders where petroleum puns were had by all.

We begin a new chapter in the beaver hills area of setting up our characters for an inevitable road trip.

Besides the equipment in the main book, the following stuff is also here for color text and additional options (once I figure out the crunch):

This incredibly shiny suit is made of a lattice like material.  While virtually impossible to sneak in, it is so flashy that it dazzles and blinds most people without adequate eye protection.  Additionally, its shiny nature acts as a disruption when it comes to diffusing energy weapons.

Using a rubber like substance and jacking up the stickiness, a net has been developed that is strong, sticky and difficult to break as it bounces back from feats of strength.

This series of bolas made of round weights tied with connecting cords.  While it is mainly for tripping animals by hunters, it has been used by bounty hunters as well.

In South America, many traditional weapons are made with Dinosaurs parts.  Claws, jaws, and teeth can be nailed or shaped into all sorts of hand weapons, such as axes, clubs, flails and maces.  Often swords are made with tough wood and lined with dinosaur teeth, not unlike the macahuitl of Aztec fame.  Stegosaurus plates and thagomizers are a favorite for enchantment. 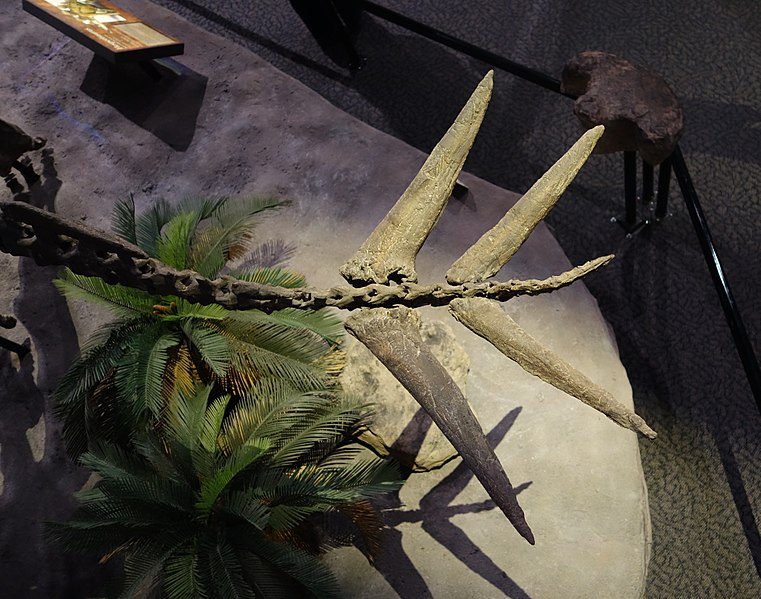 Latin America is the land of the E-clip.  The Cybercult’s influence is this is a land of energy weapons of all sorts and most of the major powers are obsessed with energy consumption:

This charged particle blaster unleashes its fury and by arcing, has an area of effect on its blasts.

This high-tech version of the light lance can generate a laser charge and energize itself for a charge.

This fat revolver pistol fires a small rocket.  It is known for having multiple options for ammo. 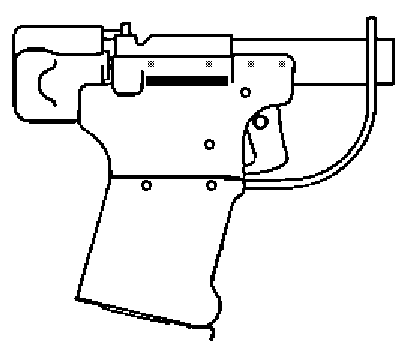 This is looks like a revolver rifle and has a larger payload as the pistol but uses the same ammo.

This is a heavy single blast heavy ion blaster that discharges a single e-clip into a powerful blast.  It usually has 2 separate e-clips in case the first shot misses.  It is used by “big game hunters” and is commonly used as a first response weapon by mecha. 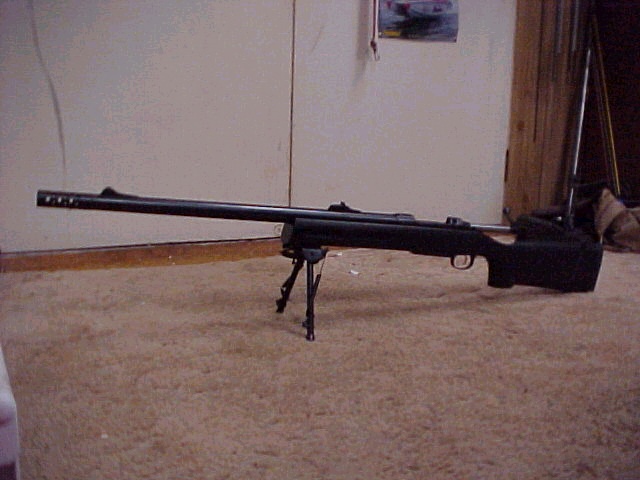 This is a gargantuan cattle prod used for directing dinosaurs during “dino drives”. 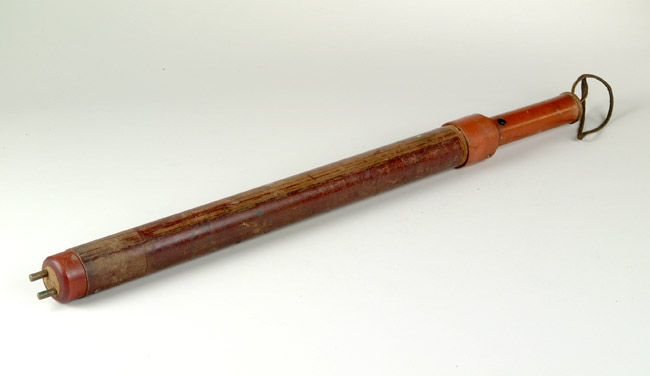 Pretty much used with Euarthropods and Theropods, this gives additional leaping capabilities to any Dinosaur trained in its use.

These large speakers are usually mounted into the shoulders and are used for directing dinosaurs. 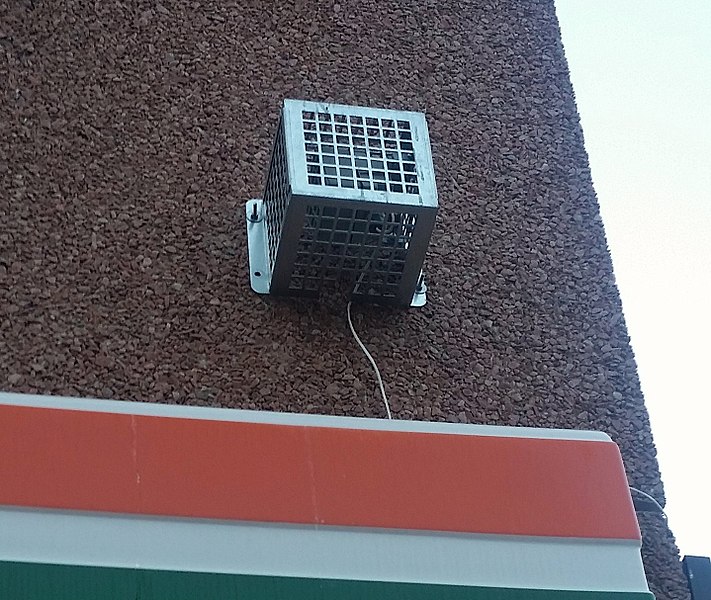 Used on the biggest quadrupeds as their weight and bulk makes a great counterbalance. 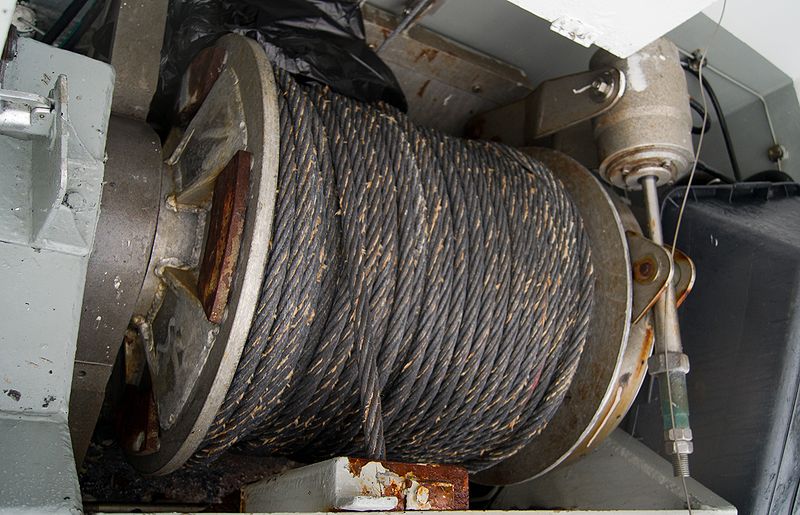 These modular pods come with straps and are designed to primarily provide protection to riders on  larger Dinosaurs that are used as mounts.   They were then weaponized with the following for self -defence.
Examples of such weapons pods include ATW - Rocket pods, Grenade launchers, Laser cannons, Machine gun pod Aand Recoiless rifles

These head guns are usually a mid-sized laser that is easy to aim. 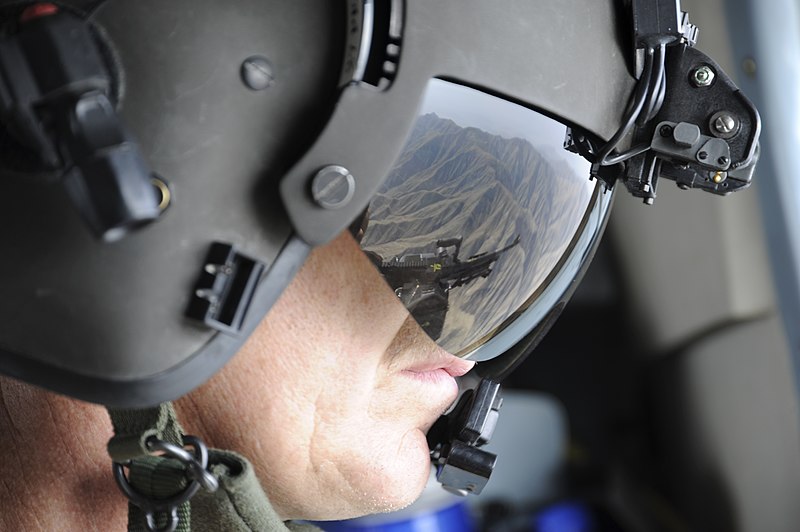 This barding is customized barding that is designed as a ceramic/mesh composite.  It is a rudimentary protection against bullets and other wear and tear.

The Andes are not very useful for most armoured tanks, but this one is designed for such an environment.  It is a small 1-man tank that can hop over difficult terrain.   It is armed with a main gun and a secondary Copula turret for those targets that are more manoeuvrable. 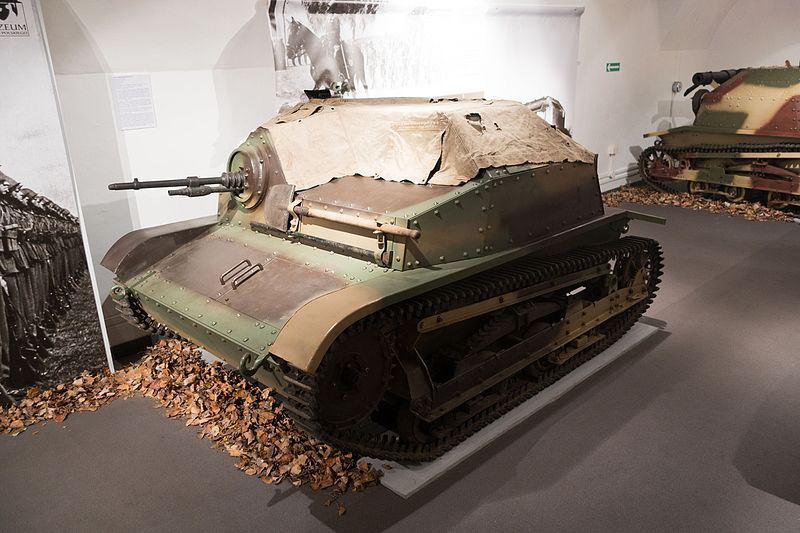 While there aren’t many, several oversized cargo planes are used by the cybercult to drop heavy duty loads anywhere on the continent. It’s best described as a rebuilt Consolidated PBY Catalina that can land on either ground or water.

This modification on a vehicle uses the venting of exhaust to wipe out its tire tracks making it difficult to track. 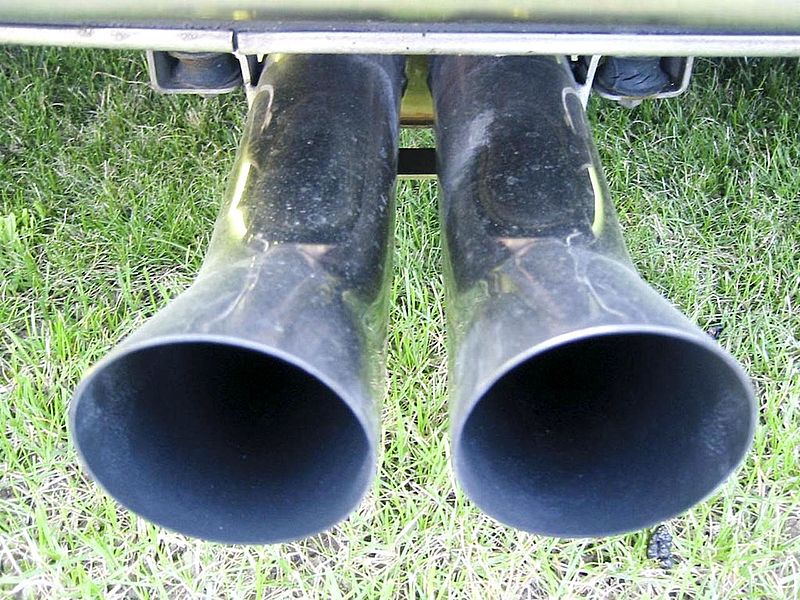 In South America, relatively small mecha are common.  These are not generally weapons of war, but are used in construction, farm work and ranching.  Because of the sheer versatility of these devices, they are often used by adventurers and the military and are “upgraded” with weapons and armour.

This Crab shaped mecha is designed for carrying cargo and is often used for transport logistics in war torn areas.

This smaller mecha can-do low-level flying.  While a light design, it is one of the most manoeuvrable things in the air due to its inspiration on quad wing insect design.  This is used in rescue operations.

This humanoid, yet small mecha is designed for dinosaur herding.  It long gait is able to keep up with most herds and comes with sonic screamers:  A weapon designed to direct and distract such creatures while doing minimal harm.

Essentially a giant butt rocket jetpack attached to an exoskeleton frame.  It is designed for extreme racing.

This was created once by a mad scientist and is honestly just insane.  Somebody built a huge mechanical Tyrannosaurus Rex bristling with weapons.  It has arisen many times, sometimes in mad pursuit of power, sometimes to defend the continent against the arising of one of the 7 TerrorSaur Lords. 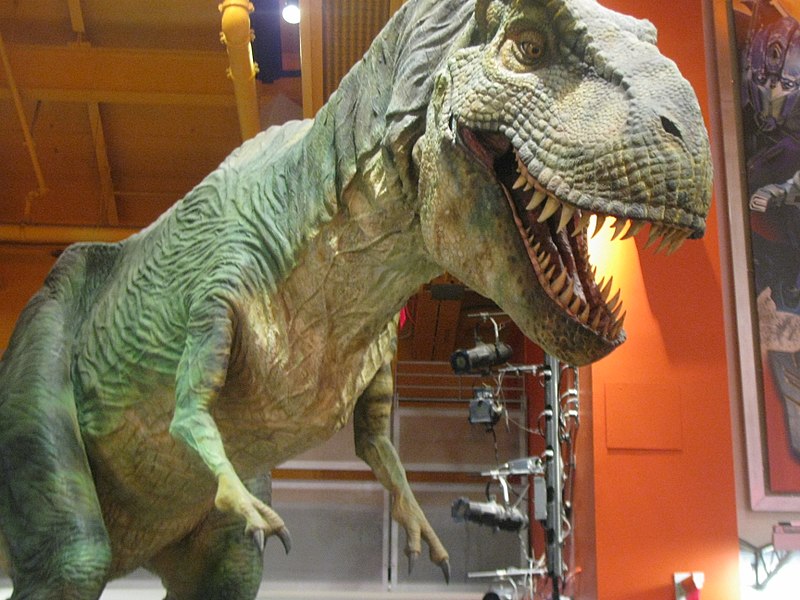 An all-terrain robot mecha design that is loosely based on sauropods moves quickly over any terrain.  These are commonly raced in the southern parts of the continent.

This snake like mecha is used for traveling in the rainforest where it’s unique shape and fairly light weight allows it to be used for rainforest exploration.

These tall, thin mecha are the default construction vehicle in most urban areas.  Their long tube-like mechanical tentacles have interchangeable parts that clamp on the end, not unlike a vacuum cleaner.  The tubes are also hollow and allow for vacuuming and spraying of substances when a tank is attached. 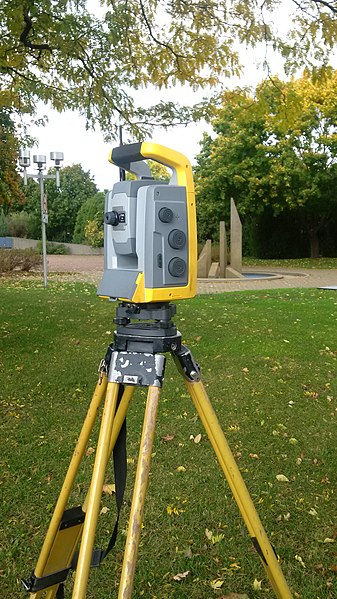 This was an attempt to applicate drugs with the use of biomonitoring at appropriate times and allows for rapid deployment of drugs into the blood stream.  This is available in both man-sized and dinosaur sized designs where it is commonly used as tranquilizer systems, but some substitute adrenaline for aggression.

Magic items are found in South America and range from locally enchanted items, to TerrorSaur artefacts.

These large facemasks attempt to merge with part of the dinosaur’s spirit and to gain it’s power, to varying degrees of effects. 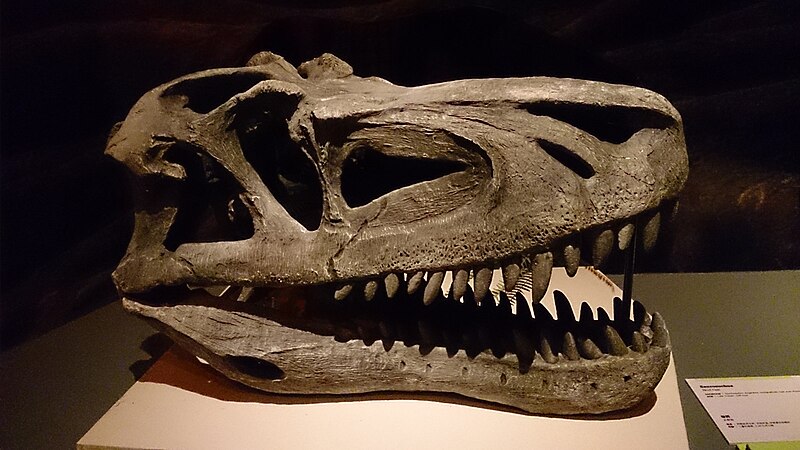 This war club is built with the jaw of a jawbone of a carnivore dinosaur or the club of an Ankylosaurus and will bite down on a successful strike.

These living serpent harnesses cover the waist and head.  These are magically enchanted to have another set of eyes and a means to strike with deadly venom if your hands are full. 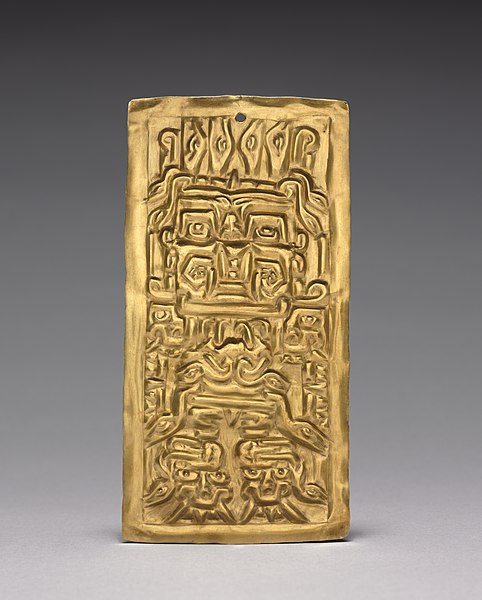 A note about Necromancy

Those that practice Necromancy often prefer to use Dinosaur components for their size, strength and connection to the Hallowed Earth.

Posted by drevrpg@gmail.com at 6:51 AM No comments: