With such epic catch phrases as backs are for stabbing! and Bjorn Take the wheel.

We finish our epic battle against construction equipment and test out the rules by fighting an undead charioteer.

Posted by drevrpg@gmail.com at 11:39 AM No comments:

Pumping Auto - Part 5 - The Fast and the Shuffled

Our heroes finally put together their car  (1 Shuffalo engine) and end up in an arena where they are fighting an Automated Front Loader named Mr. Crunch.

Posted by drevrpg@gmail.com at 9:06 PM No comments: 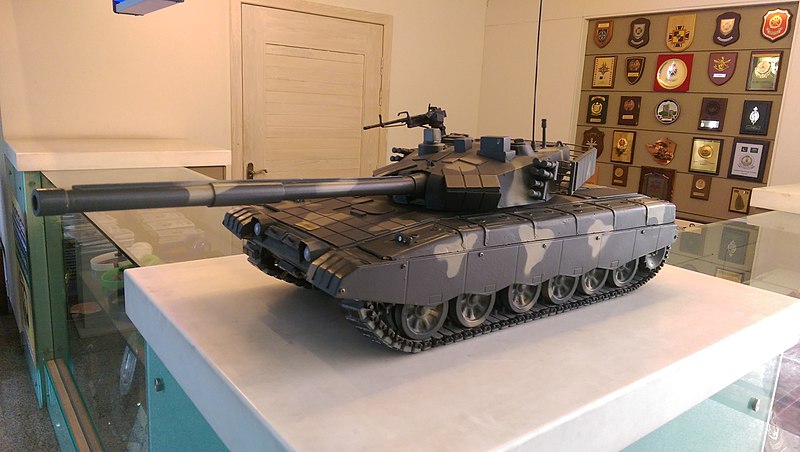 A shortened game causes our heroes ended up in a room celebrating old military equipment and tiny tanks.

Posted by drevrpg@gmail.com at 3:24 PM No comments:

Pumping Auto - Part 3 - Even Dead Cowboys get the Blues

Posted by drevrpg@gmail.com at 7:38 PM No comments:

Ever wonder what happens when a party fights a Ficus?  Now with many mawed drive thrus and ghost cowboy.

Posted by drevrpg@gmail.com at 10:54 AM No comments:

Pumping Auto - Part 1 - Every Rose has it's Bjorn 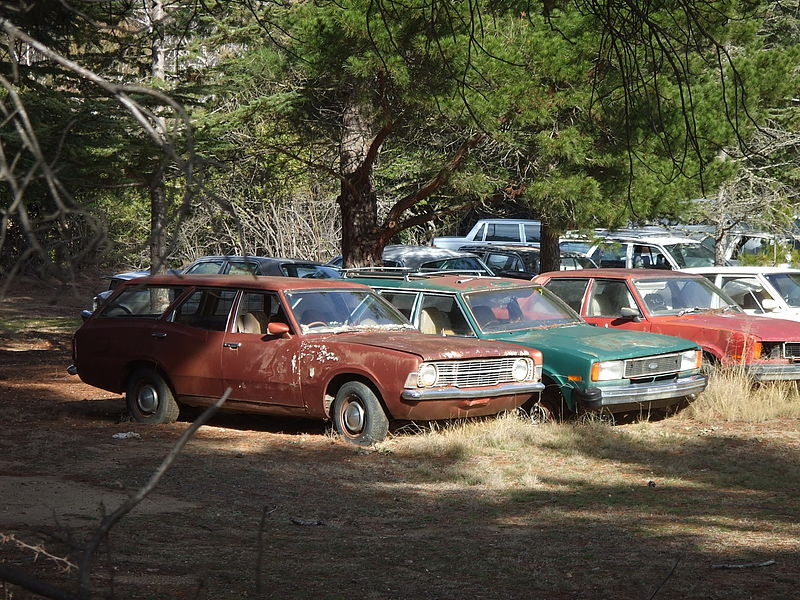 Our heroes start a new adventure that enters a car museum death zone.

This is where we start the new show...nature talks with Knives

Posted by drevrpg@gmail.com at 5:26 PM No comments: 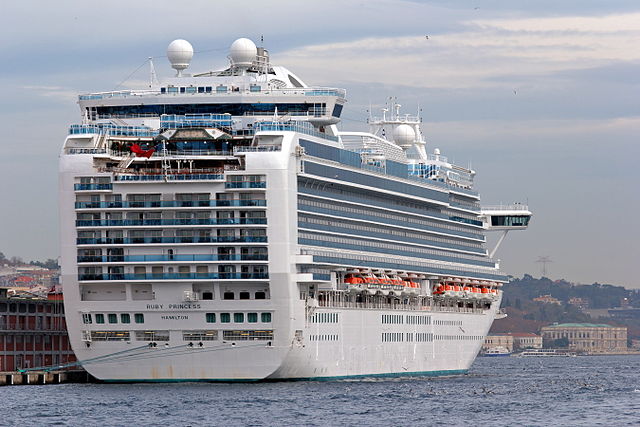 An Achievement of Pre-Revelations Engineering, Atlas reach is a gargantuan nuclear cruise ship, which travels in pursuit of obtaining resources for its ever-demanding population. For untold generations, the inhabitants of this ship have been enculturated with a divine given right to everything they can amass for the greater good of the community. It plumbs the ocean and salvage from underground and coast ruins, which are not always uninhabited.

Its history was a successful O.R.C.A. After many failed attempts, the development of a Cruise ship was the latest attempt to be mobile. They funded this through a combination of crowdsourcing, venture capitalism and crypto currency. They “convinced” several top technicians to build the ship and draw up schematics. However, it was sheer serendipity that brought it into being.  During an economic downturn, ships left, right and center were considered not cost effective and converted into scrap metal. O.R.C.A. used its corporate arm to purchase it on route and to divert it to a small base somewhere in the south pacific. It was completely retrofitted, armed to the teeth, and armed to the eyeballs and built with effective technology. Then it was taken on its first voyage, where things changed forever.

Despite its Ostentatiousness, it has more in common with the Q-ships, heavily armed merchant ships with concealed weaponry, then the party ships of the 21st century. Atlas’ Reach takes advantage of the wrecks found throughout the seas as a first layer of protection. Afterall, with many drifting dead boats, or refugee boats on the seas, it’s likely that it will be a surprise when this ship appears to come out of nowhere.

It also is a miracle of material engineering. It was created on the forefront of AI-assisted material and O.R.C.A. certainly took advantage of the new science. The hull overall is made of an artificially generated Titanium alloy with ceramic reinforcements that provides immense durability and protection from the elements. Then to give it an ablative feature, the entire hull was coated what is artificial enamel that instead of organic, uses a carbon base making it durable as diamond, but with the added feature of being able to regenerate given time and electrical stimulation. This makes it possible to stay buoyant even in the harshest weather and conditions. Furthermore, it has refined a means to collect plastic and other garbage and transform them into polymers for either supplementary fuel or new material from the ocean.

Its main power source is a fission nuclear reactor that allows it to go for decades without requiring refueling. It also has a backup polymer engine that allows it to burn plastics to save fuel or announce its presence with a pyrotechnic fuel stack.

Doors and Elevators require a passkey to get past it, which are based on occupation and rank.

Hooked up to the security cameras, these are tanks of fire retardant foam that are used to take out a fire before it can spread. This heavy-duty foam can also be used as a “target retainment system” if a better option is not available.

They are usually supplemented by having a nearby ‘fire flaps”:  a set of ventilation ductwork that is used to prevent the spread the fire, smoke and gas throughout the ship.  Note that these ventilation ducts can often be one-way traps as elevators are shut down in event of fire.

On every floor, there is a small emergency lifeboat that can be launched to allow the 4-6 users to flee the ship if things go south. This is a wonderful way for your villain to get away.

These ceiling mounted rotating devices that are used to identify and track human sized subjects.  At a default, it is set to green light when it is at rest. When it detects a potential target in a 90-degree angle, it’s light will change from green to yellow and increase its range. If the target stays within range for one round, the camera will change to red, let loose a security alarm and unleash any automated weapons connected to the camera.

While most of these are located along straight aways, they are also located in inconspicuous areas where security is key.

These do not have any sensors and are designed.to withstand the pressures of the deep.  As a result, anything caught is going to be crushed. They can be triggered remotely and used to create obstacles and detours as needed. They are often used by O.R.C.A. senior staff as “training enhancers” so their lockdown does not bring an immediate alert. The exception is when they respond to smoke which where they detect smoke as a solid body, stopping any traffic between them.

Able to track and identification of up to fifty targets.  30-mile range (48 km)

One at the bow and one along the accommodations that is used to project sonar at about 28 to 210 KHz.  This sonar has a projection of about twenty miles (32 km)

Long range radio communication has an effective range of about five hundred miles (800 km) as well as a directional, short-range radio. This signal can be encrypted to avoid cross communication.  This range is tripled by using a Drone Relay.

Built along the main propeller and its ship bridge, this sensor calculates the speed and overall performance. If its numbers do not match, it may need Calibration.

Installed at the bow of the Bridge, it is used to get wind speed and direction.

Located at the Bow of the ship on a turret, this gun is the main weapon of the ship.  It is designed to be used underwater and pops out of the deck as needed. 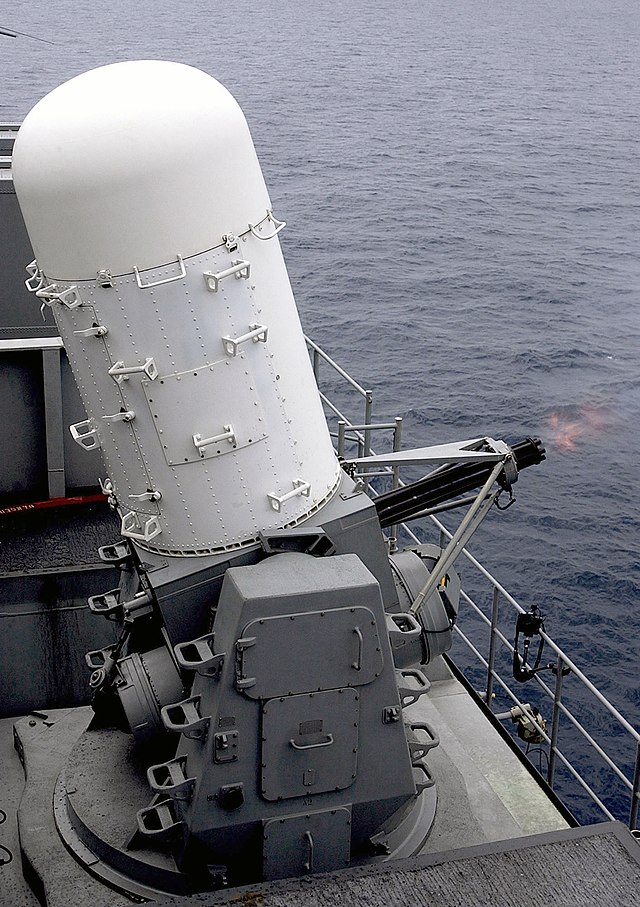 These rapid pulse lasers are designed for anti-missile capabilities or against low flying aircraft.  These are completely automated but can be supervised by the Atlas’ Reach targeting team.

Sometimes you need a simple machinegun to spray a target or to put down a local target.   These are placed under concealment at each corner of the vessel. Note that these are primarily used for anti-personal purposes rather than engaging in anti-ship combat.

Even with the vast size, a lot of wishes in the original design just were not feasible. Atlas’ Reach compensates for not being a proper navy ship with the use of drones used in mass. It has air drones and torpedo drones that it can fire and be guided by the Atlas’ Reach targeting team (which looks suspiciously like a LAN Party). They are produced quickly and are incredibly disposable. However, if they survive long enough to return to base, they end up landing in the waterways beside the ship where they are retrieved.

For raids and other situations where the Drones just are not suitable, small, but sturdy PT like Tinder boats with crew are deployed to swarm enemy location and ships.

Despite its effectiveness, Atlas Reach does have some design flaws:

1.       The lowest decks are completely underwater due to the sheer weight of the ship.

2.        It is top heavy. While it can compensate under most situations, it is possible to flip the ship upside down. While it technically can be up righted using internal jets, it does make it a danger to those inside the ship.

Posted by drevrpg@gmail.com at 10:26 AM No comments: