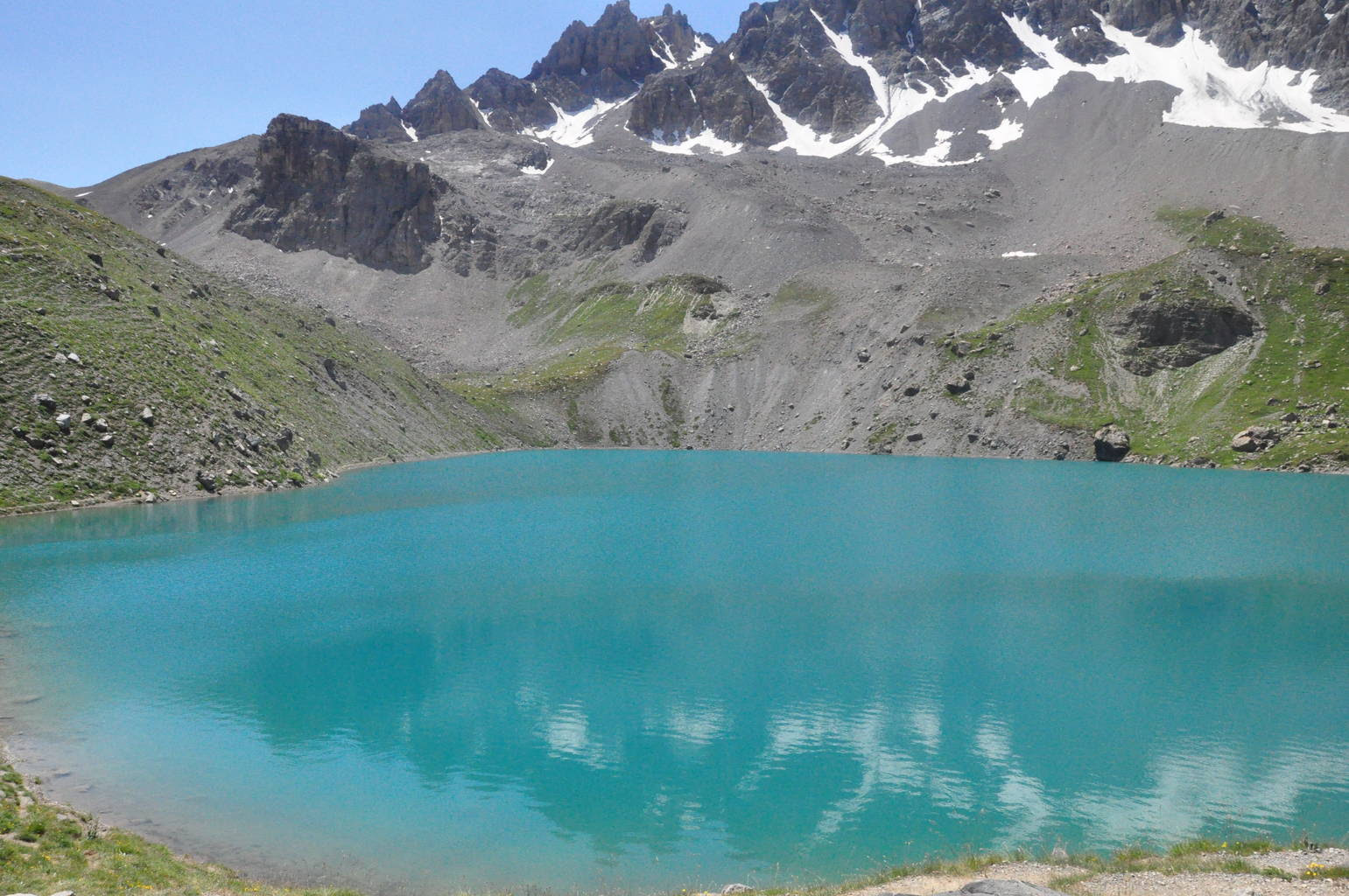 Note: this is a work of fiction only loosely based on the local belief system.  No disrespect is intended.

There are many myths associated with this lake: Ancient tales tell of a large monster that lived in the lake, and as it moved it would create dangerous and unpredictable currents, which could easily capsize a canoe or boat.

There was also a tale of a missionary that was set-up in honour of the ancient Catholic Saint Anne.

Before the Times of Revelations, it was a common pilgrimage site in the middle of summer.

When the Times of Revelations occurred, the lake surged with energy, decimating what little population lived around this sacred place.  For generations it laid abandoned and known as a “spooky” lake.

The first creatures to come back were the menagerie of birds.   They flocked and began to feed on the various critters that had erupted and made it their home.    The high magical environment must have had an effect as the bird population that surrounds the lake only got larger in both size and scale.

A side effect of the massive bird population was the generation of blue green algae that cakes the lake.  While the lake was historically known for healing properties, it was also known for diseases that were generated by environmental and avian waste.  In the Time of Revelations this contrast has only gotten worse.

Finally, a Damnation Eater has moved into lake proper.  Dubbed “Bob” by those few locals, it feeds off the waste of the creatures in the area.  It also acts as guardian for the lake.  There is a reoccurring legend that says "Bob" was originally human, but fell into the lake and mutated.

While the sentient population of the area is fairly sparse, Gnomes has taken up settlement along the side of the lake.  While they prefer baseball caps over pointy hats, they consider themselves intermediaries between Bob and the rest of the world and take exception to those whom would attempt to talk to Bob directly. They also have become quite adept at domesticating the many large birds that congregate along the lake.

Lac St. Anne is a perfect example of a Magical lake.  Most of the magical locations are on the shoreline and are quarantined off by the Gnomes for their own purposes.

Place of Power: Major
Special Usage: The caster gains +2 Ritual skill checks to cast all Conjuration spells and +2 Ritual Skill checks to cast to Divination spells, and +1 to spell penetration to these spells (vs. Spell Resistance).
Other Rules: The bonus applies to the place and not the water. Typically only applies to certain
segments or areas of the waterway, though great waterfalls almost always have significance due to their rarity. Along rivers it may be a "haunted" shore or enchanted curve or bend, perhaps a delta, or even where the river begins. For lakes, the lake must be significant in size (such as the great lakes) or have a long standing myth associated within.

The water itself is suitable for a component for magical potions, but must be processed correctly.  While the waters will make the potion one level higher, the ritual check is at +5 DC to make the potion.  If it fails, the potion will instead give the drinker the Poo Flu (See the Book of Danger for more details),

The Local Gnomes are on the warpath.  The party is hired to find out why?


Potential Twists:
·         “Bob” has commanded them to take their rightful place as rulers of the earth.
·         A local Tribe of Gremlin’s raided their village.  They are preparing to attack in retaliation as only Gnomes can.
·         It is not a war party, but a humanitarian effort.  They are getting ready to bring somebody who’s horribly sick to Ed town so they can get proper medical treatment.
·         It’s not the Gnomes that are on the warpath: it’s the birds.  Something has seriously angered them and they have taken to flight in a manner that would make Alfred Hitchcock proud.  The Gnomes are trying to reel them in before they cause too much damage.

#drevrpg #d20 #apocalypse #relicroadshow
Posted by drevrpg@gmail.com at 8:23 AM