The mirage that cloaks the continent hides a harsh land full of danger, especially for the unaware.  The aftereffects of heavy mining, nuclear testing, biological experimentation, horrific weather change and then the Times of Revelations have only exasperated a land known for its dangerous creatures.

This trading town is known for being built in a swamp and having the largest population of Medusa on the continent.  It is a trading spot known for converting swamp gas into a power source for trade.  It is a place of magical tradition and people with the gift often attempt “the test of the swamp” so they can be accepted by the Order of the Rainbow Serpent. 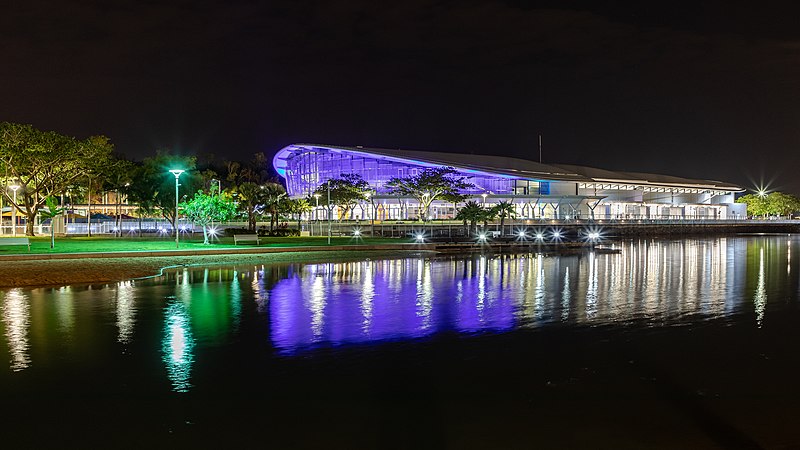 The City of Perth is a Vampire town where these bloodsucking monsters’ rule openly and consider themselves normal.  They are suffering from a blood crisis and now send out well armed raiding parties to keep the day to day affairs running smoothly.  They barely skipped a beat during the Time of Revelations and are known for using the cutting edge of technology and are found of drones.

This settlement is built around the collecting of solar power and has turned the entire location into a cult of literal sun worshipers.

Located in the middle of Australia, some sort of super weapon was launched direct at its center.  It is caked in radiation and a source of bizarre creatures that seem to have a chip on their shoulder against all other life, and the Gene Raiders in particular. 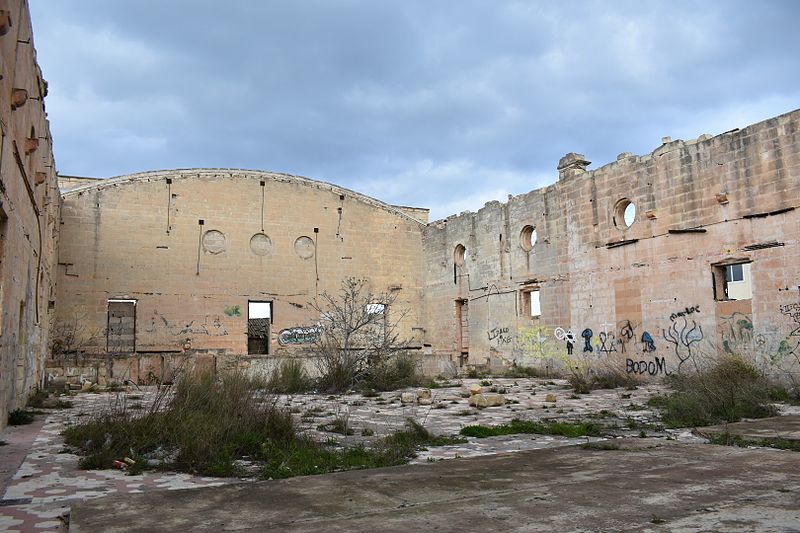 These warlords of Australia vie for dominance where only the strong survive.   They leave the forbidden zone on bio-organic zeppelins and dive down from the air seeking new genetic material and the spoils of war. 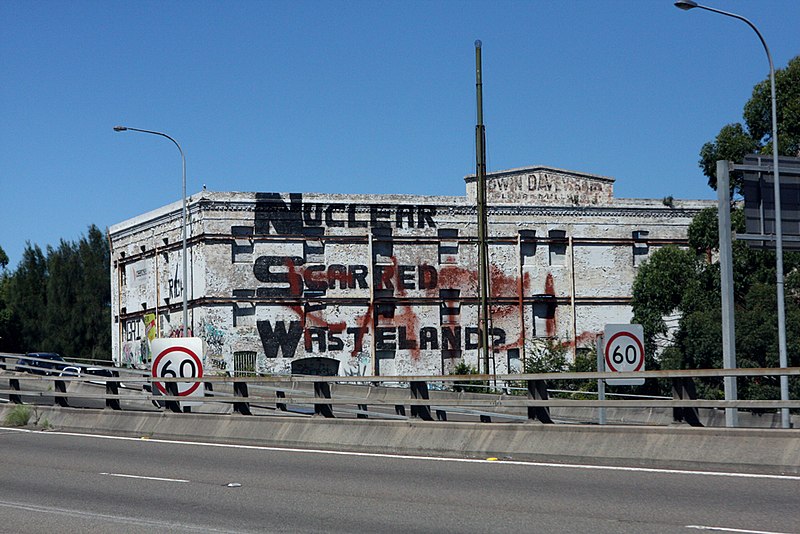 This has become a vast underground city from the remains of rail tunnels and coal mines.  It’s lush underground flora and fauna make it feel alien, as it is covered with alien glow worms that are a commodity traded with the outside world, as they often are used as repository of DNA, not unlike lab rats.   It is often under siege by Gene Raiders.

Originally the receiver of lunar signals, it is now thee prominent location of mixing magic and technology on the continent.  A series of adjacent building have made it a virtual maze that defaults to one giant puzzle.  It also is surrounded by a massive flock of sheep, some of which seem to have been enhanced by magical cybertechnology. 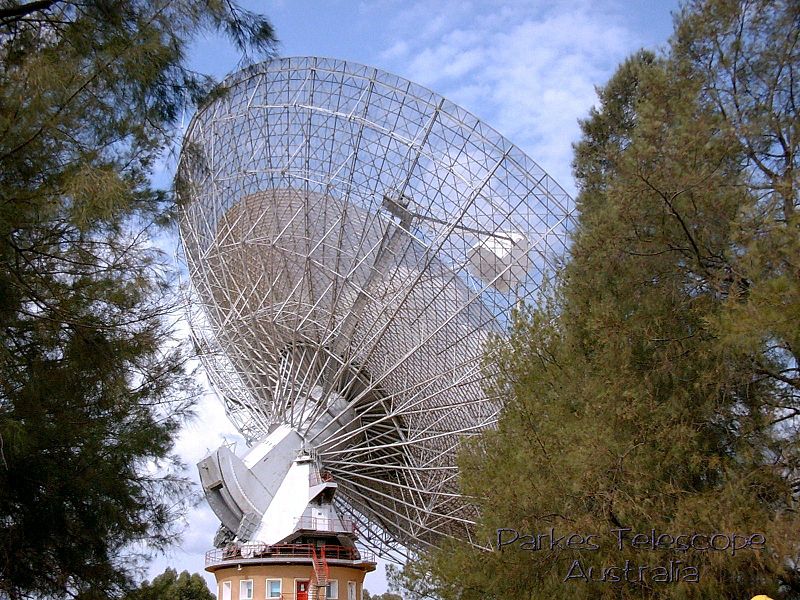 Located along the eastern Australian Coast and adjoining areas, this tropical rainforest has become a location of a massive Fey population.  You’d think it would primal, and pristine, but the truth is, it best described as Urban Forest with all the problems associated with it.  It is a land of Bogeys, Elves, Feylin, Gnomes and Trollitariots vying for dominance.  It is a cold war because they are not trying to wake up their guardian, known as “the Queen,” an elder Damnation Eater of immense size and fowl temperament. 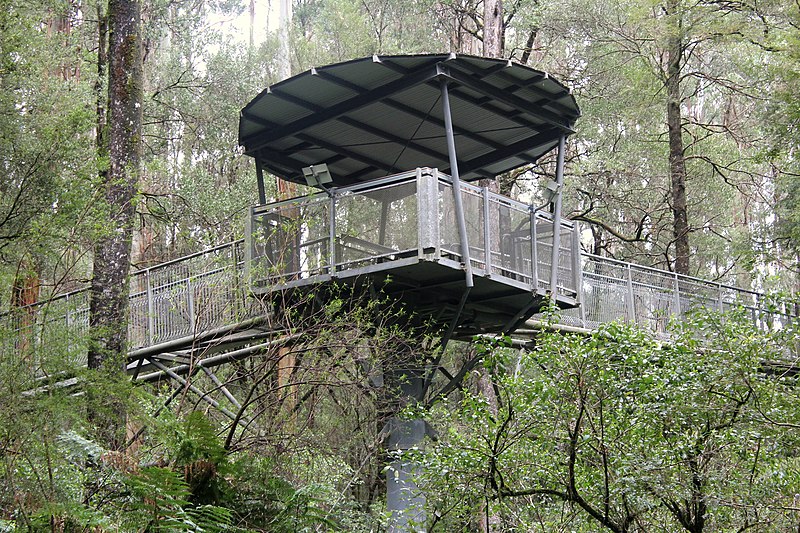 This separate continent has arisen along the edge of Australia.  Compared to the sun-baked lands, it is a hostile bio forest like realm.  Ball’s Pyramid rises and sticks out of this land, returning to full volcanic activity.

Other Places of Note

Writer's notes:  Most of these were inspired by Atlas Obscura.
https://www.atlasobscura.com/things-to-do/australia/


Ashcomb Maze (Shoreham)
This enchanted Hedge Maze has become its own Dimensional Gauntlet during the Times of Revelations.  It’s Gnome Gatekeepers keep claiming that those brave enough to wander its fluffy walls, will gain amazing rewards for a modest entrance fee.

The Ballandean Pyramid
This 45-foot-tall pyramid is a focal point of magical energy and seems to be a natural conduit for lightning strikes.

The Burning Mountain (Wingen)
This perpetually burning mountain that is a natural conduit to the Fiery planet of Mars in Hallowed Space.  Creatures of flame often enter from this location causing untold ecological disasters.

Dreamer's Gate (Collector)
This abandoned and destroyed fence regenerated during the Times of Revelation to act as an active port to the dreamtime.

Dularcha Rail Tunnel
This place is teaming with entities and bats, and while best avoided, might be able to give answers where no one else can.

Gippsland Lakes
This lake glows due to industrial waste and the bioluminescence organisms that feed on it.

Hutt Lagoon
This massive concentration of Algae is a definite processing site for genetic engineering as well as providing a massive salt lick.

Little Blue Lake
This small beautiful lake found in Tasmania is filled with toxic heavy metals that seems to spawn aberrations from elsewhere that ravage the adjoining area.

Magnetic Hill (Black Rock)
Located in Southern Australia, this bizarre anomaly is a source of immense magnetism that seems to change from attraction to repelling at random intervals.

The Pinnacles (Cervantes)
These irregular grouping of limestone towers are bizarre, but they act like a natural circle of stones for the purposes of magical effects.  This also makes it a place that is fought over, but also neutral ground for the purposes of negotiations between Gene Raider Clans.

Shell Beach (Francois Peron National Park)
Composed of tiny shells, it is a collective entity that awakens from time to time to feed.  While it can be killed, it reforms over time.  It may delay its actions with the proper sacrifices.

Strelley Pool (Marble Bar)
This pool has evolved several sulfur-based lives forms the Gene Raiders have used these to fuse with some clan members to gain pyrokinetic like abilities.

Styx Valley Forest
On the island of Tasmania is this bizarre lichen filled forest that drips with a strange viscous liquid.

The Stromatolites of Hamelin Pool
This strange and isolated Australian Bay is filled to the brim with cyanobacteria’s mucosal secretions.  The Gene Raiders consider it a sacred site.

Relic Roadshows are not just found in North America.  These occult icons are a natural magical conduit that include the following: