This is something I have had on my hard drive and seeing it amuses:

While there are many stories of what happened during the Time of Revelations, but one of the strangest legends is that it began with a whisper.  A whisper from some sort of elder being that began to reach beyond time and space.  This whisper touched people and gave them "the scaly flu."  Symptoms included increased aggression, enhanced adrenal gland production, skin molting, and in in extreme cases, death by cocooning.  It spread like a wildfire across the continent, starting small, but then affecting thousands.  Fearing the outbreak of a new virus, the governments of Latin America began to quarantine off buildings, districts and even cities to stop its disastrous effects.  But since the affect was supernatural, not biological in nature, little was able to stop it.

What wasn't expected was this was part of the plan.  A paranormal horror from beyond the pale was using this "virus" to create a conduit it could use to join its domain in the hallowed world to the earth.

and it would have worked, if it hadn't been slain in the middle of the ritual.  No one has claimed ownership of the deed. 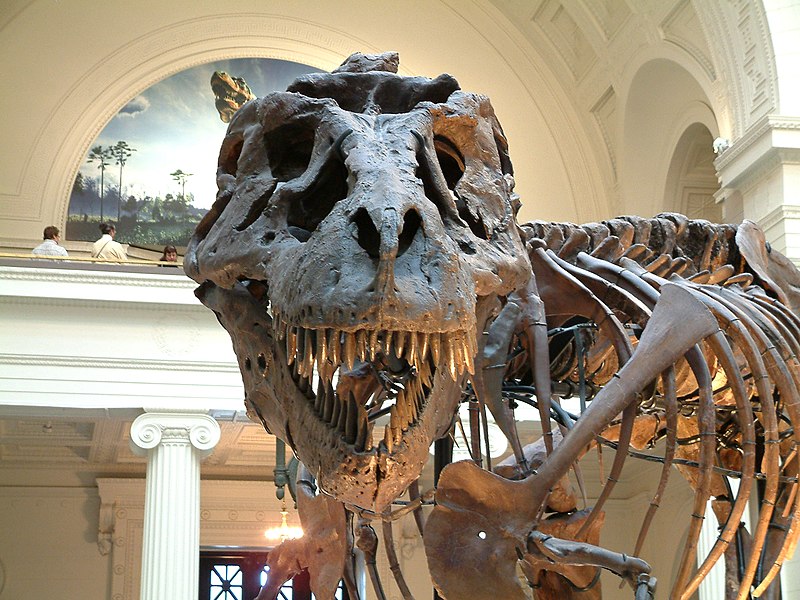 With nothing controlling the energies released and with a connection to earth, it caused a massive global event.   Earthquakes arrived in full force; volcanos arose in unnatural locations.  The Amazon Rainforest fed off the essence of the dead entity and grew wildly out of control, consuming anything unlucky enough to be within its clutches.

Perhaps the strangest side effect was the arrival of species long since dead.  Dinosaurs flooded the ecosystem acting as the ultimate invasive species.  They came in such numbers that even the natural disasters did little to slow them down.

Worse, they were particularly susceptible to supernatural energies and often became demonic in both appearance and powers.  Often these tainted dinosaurs would take over an area and rule over it with a mighty roar, demanding sacrifices to keep the mystical energy flowing.

About 100 years ago, this all changed.  A strange set of missionaries came from the north.  Claiming to be the synthesis of life and machine, the cybercult began to wage a cyber crusade against many of these dinosaurs.  The results were varied, but what wasn't varied is they ended up as a religion in sharp contrast to their dinosaur oppressors.  They claimed responsibility for "the great hibernation" a period where the largest and most powerful terrorsaurs (as these demonic dinosaurs began to be known) just simply fell asleep.  Some were so powerful that they couldn't be slain even in this state, but it gave humanity and its allies a fighting chance in a world gone mad.

Once a land of over 600 million people, it has been reduced to one tenth that.  Furthermore, not only does humanity have to share the continent with new sentient species, magical energies and genetic drift has caused some dinosaur like traits amongst the human population.

Cultures are diverse across the continent, but a few generalities can be made:

The Cybercult: It is the religion of Latin America, but it is mixed with local and previous religious practices, giving it a flavor that would make it unrecognisable elsewhere in the world.

Cybernetics: What is recognisable is that Latin America is very pro human augmentation, especially when it comes to the mixing of persons and processors.  While comparatively few go full cyborg, mechanical enhancement is so common it has not only become mundane, but expected.

Ruins: Like in the rest of the world, the people of Latin America often take advantage of the past by plundering their artefacts.  These finding of caches of technology from the past are often how people make their fortune.  Furthermore, there is now a layer of Terrorsaur ruins on top of pre-revelations ruins that are filled with bizarre magics and monstrous creatures.


Next time, how dinosaurs have changed the continent.